Faith walks on a deserted beach with me at her side. There’s a sea of birds standing in front of her. I can see in her eyes that she wants to chase, and so we begin to run, faster and faster, until I drop the leash and let her go. Although, just ten inches off the ground, she is faster than me. With sand flying, she looks back, once twice, three times, “is it okay to go?, really? I can go?” I give her a nod, “yes, go.” Her big black ears fly back turning red from the cold wind as she runs. As the birds take off in front of her I see the meaning of bliss in her eyes.

Faith is a rescued dog. She used to look like Max from the children’s book “The Grinch Who Stole Christmas,” with overgrown hair on her toes, and a little poof of fur at the end of her tail. Someone had found her on the streets of Santa Ana with a gash on her leg and saved her life when they brought her to the shelter.

The night before I met Faith, I had seen a golden retriever on the shelter’s website that I was interested in adopting. I pulled into the parking lot just as the shelter opened, little did I know that fifty people had already arrived ahead of me. My ticket was number 51 and the woman who adopted the retriever had slept in her car in order to be the first in line. Faith was quiet amid all of the barking dogs. Her face pressed against the bars of her cage, silently asking someone to pet her.

I wandered through the rows of cages and kept coming back to this tiny black dog, too short to see much except passing feet. She looked nothing like the golden retriever that I had envisioned as my next dog.

What brought me to the shelter that particular day? Two dogs named Teddy and Brulee. The week before, I had been hiking with friends in Colorado. Ling and Tshering had brought along their two rescued dogs, who gleefully wandered back and forth on the trails for hours with us. On the way back down the mountain, there was a medical emergency, serious enough for Search and Rescue to be called, and that’s when Teddy suddenly stopped. Curled up on the ground, he would not leave his master’s side, eyes saying, “I will not leave you.” I had been holding on to the memory of my golden retriever that I loved so much for fourteen years but that day and those dogs stayed in my mind.

Back at the shelter, I don’t know what it was, but something inside of me told me to give this scraggly dog a chance. I was confident that I could give her a good home and maybe it was better that she looked nothing like my beloved golden retriever. I knew I could train a dog. My retriever and I had passed the rigorous therapy dog certification test. Once decided, I anxiously waited for number 51 to be called, afraid she would be taken before I got a chance to meet her.

Finally, the volunteer brings her to a “meet and greet” enclosure and there I sit quietly on a bench, as she dashes about, nervous energy not allowing her to stop. I chat with the young lady and she assured me that she will settle down, eventually. She frantically sniffs every corner, then jumps on the bench next to me, just for a second, hops down to the ground, and then looks at the young lady, who says, “don’t look at me, she’s the one you want to impress.” Up to the bench again, a little closer, and then back down, and finally she settles on my lap. I feel a deep sigh in my chest and a sense of gratitude comes over me. The volunteer is telling me that I can return her in thirty days, if things don’t work out. “Do I want her?” “Yes, but once she leaves with me she is never coming back.”

First day of a new life. I think our hair looks the same.

She chose me, shy, anxious scared, tail between her legs, sweet as can be, and somehow finding the courage to trust. Life has a way of giving me what I need, not the golden retriever, but Faith.

Faith is the name the shelter gave her. It is the perfect name for her. How was Faith to know that the next day would be a better day, or that a human could mean kindness, rather than harm. She weighed just seven pounds when I got her and that was after a month of being in the hospital at the shelter. I was surprised that the shelter tended to her wound all free of charge. It had a reputation for being a high kill shelter, gratitude washes over me. Someone saw to it that she was saved and I’ve gladly changed my view.

When I did the adoption papers, the man told me that Faith is a sweet dog. How could he possibly know, there’s so many dogs? He was exactly right, though. She remembers people and kindness, she cries when she sees her friends, Dave the first man that she allowed to pet her and feed her. Enoc who took her to “In and Out” for a pup patty and invited her to lunch every time we went out.

She is feisty too. I call her Feisty Faithy, She is bossy and sassy and can protect herself from other dogs with a warning growl. Somehow she found her strength, although some of it has taken years to reveal itself.

It wasn’t always easy. A year passed before she was potty trained. My carpet was a mess but there was no use replacing it. If a man walked into the room during obedience class, she would bark incessantly. Somedays, I would wonder how long it would take. I had no idea it would be so hard.

Faith is resilient. She has a playful spirit, and I appreciate it all the more, from piecing together her past. She no longer cowers at every noise, no longer barks at every black car, or every man. She jumps and plays and scampers about, tosses her toys to let me know that she wants to play or be fed.

It’s two years later and I have new floors. There is a cold snap in the early morning air and feel her warmth as I carry her to the back door, where she bounds out, as much as a nine pound dog can bound, and chases the hummingbirds sipping nectar from the bright orange fuschia flowers. They make me laugh. The hummingbirds are so territorial but I think they’ve met their match. This is Faith’s yard and she sits proudly on the back slope and she looks for my smile, telling me that she takes her job very seriously. The perimeter is secure.

I dream about Faith sometimes. She is a tiny thing sitting at the front gate, looking through bars at the big world out there, yearning to go out, then suddenly, magically, the gate whirls open, just as the door opened for her four years ago.

She is my inspiration. I feel the same way sometimes, pensive, waiting and staring out of a gate. When I am feeling down, I remember the gate opened for Faith to a new life. I see how much she has blossomed into a confident dog. She has a persistence I have never seen. She could have resigned herself to the back of her cage like some of the other dogs on that hot summer day. Instead, she was at the front asking for what she wanted, simply to be pet.

Her eyes are the window to her soul

Haven’t we all suffered some pain in our lives? She is still shy when meeting strangers, sometimes. The scars restrict just a little, they are no longer paralyzing and she doesn’t duck her head any more, expecting to be hit. She doesn’t piddle on the floor, shaking with every noise or the slightest correction from me.

Four years have passed since I first met Faith on that hot summer day…I am walking in the woods with my boyfriend, trying to take Faith back down a trail, while he stays behind. She is stubbornly refusing. It’s amazing how strong she is. She is now ten pounds, four paws and a powerful force, “I will not leave, we must go back.” And I smile as she claws the ground to go back because we are a pack.

*To the stranger who found Faith on the street when she was injured and brought her to the shelter.

*To Dave and Enoc for all the love and patience they’ve given to her.

*To the trainer who developed a program that would not use a choke chain. Faith she was already too scared.

*To all the strangers and friends who helped build her trust in people with their kindness and helped me have Faith too.

*To my generous and thoughtful boyfriend, Todd, who includes her in the things that we do.

Faith is my joy. 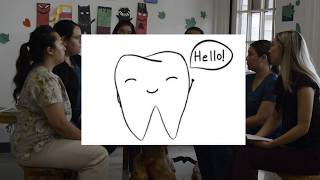 What do peppermint and stellar test scores have in common?

How Deep Are Your Pockets?

Smile My Pretty: Save the Ruby Red for Dorothy

To Embrace Greatness, Dance with the Stars

How Bedtime Rituals Help You Sleep 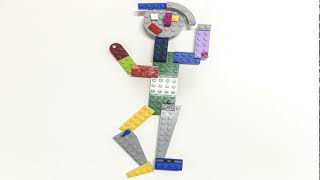